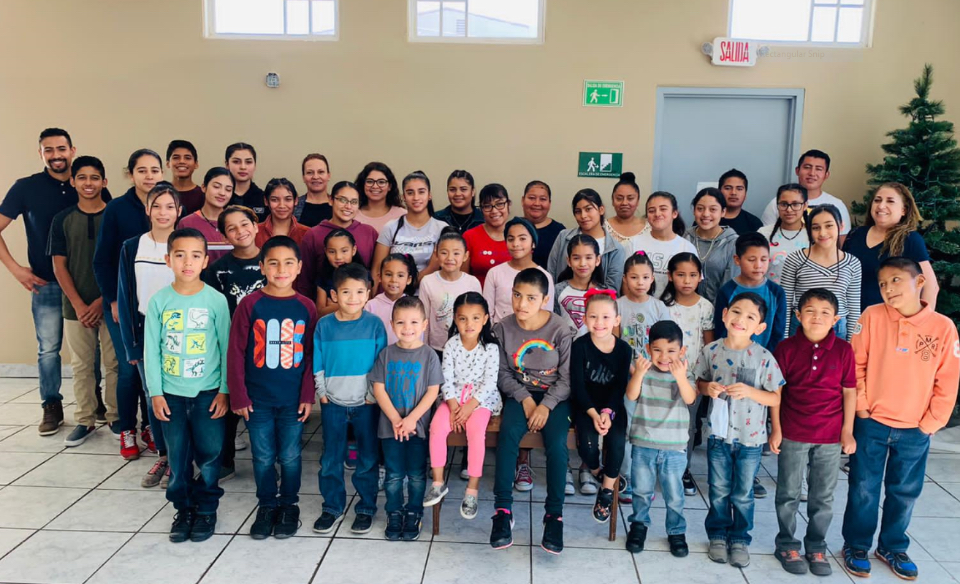 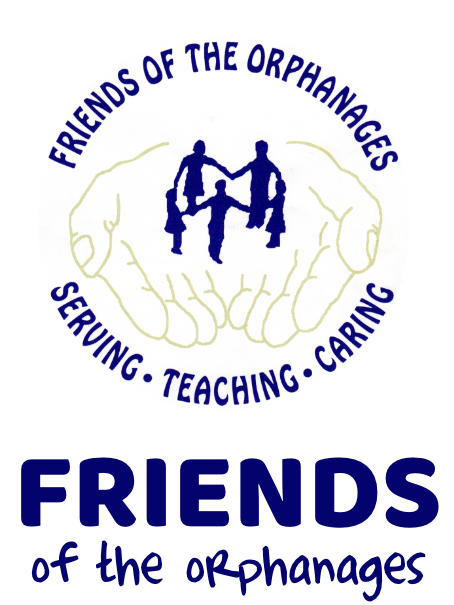 The Mission of Friends of the Orphanages is to provide educational and charitable assistance to children living in orphanages and children's homes, both nationally and Internationally.

Friends of the Orphanages is a non-profit organization with ID No. 33-0545962. Today, we concentrate our efforts on Orphanage Estado 29 because it has 45 children that call it “Home”. This orphanage is located about 9 miles from Ensenada, Mexico, on Highway 3 to Tecate. “Our kids”, boys and girls, are between 3 and 17 years old.

These children are either orphaned, abandoned, abused by their parents or relatives; or have only one poor parent. The consistency of our friendship, love and care that we bring during our visits, brings stability to their young lives.

We try to meet all their needs in order to build individuals that will have the moral, spiritual, physical and intellectual strength to confront life’s problems when the time for them to leave our protection arrives. The Mexican government does not provide any kind of assistance to orphanages.

They are able to survive only because of the help they receive from American non-profit organizations, religious institutions or concerned individuals.

Your gifts helped us to monthly provide the following: food and cleaning supplies, medicine and dental/orthodontic care, school supplies, both drinking and general water, weekly cleaning of the septic tanks and garbage removal,

pay tuitions and tutors, give financial help to twelve workers at Estado 29, buy shoes and clothing when needed and pay for maintenance repairs and emergency expenses.

To better serve the orphanages and to have good accountability of the resources received, Friends of the Orphanages receives and administers the majority of the donations sent for Estado 29. We place these resources in those areas clearly specified by the donors.

Further, we do not have anyone in our organization on a payroll: all our work is done by volunteers and thus, all donations are directly connected to the welfare of the children at the orphanage.

“I have found the paradox that if I love until it hurts, then there is no hurt, but only more love”
Mother Teresa

Orphanage Estado 29 was founded by Mexican minister Jose Acosta Zamora in August 1957 with five children who were orphans from the town of San Luis Rio Colorado in Sonora. Estado 29 was the first orphanage in San Antonio de las Minas, Ensenada, BC. Pastor Acosta was deeply influenced by the presence of so many children living on the streets of many Mexican cities. He started preaching about their condition and the Christian obligation that we have to help orphans. In the town of San Antonio Mrs. Manuela Camacho was touched by this and she donated the land to start a home for these children. Mrs. Camacho did not have a family or children. These five orphans became her family and she also began serving the Lord at Estado 29.

For many years the orphanage consisted of three mud rooms (Russian style) a few old beds, a dinner table and later, in 1975, electricity was connected and a LPG tank was added to provide gas for cooking. Every little improvement to the facilities has been done with small donations by individuals. In 1977 Mrs. Camacho passed away and left the land to the orphanage.

In 1983, pastor Acosta and his family founded a private, non-profit organization to work as an orphanage known as Estado 29. In 1987, Pastor Acosta became very ill and thus he gave the direction of the orphanage to his daughter Debora and the church to his son Samuel who also is a pastor. The economical situation of the orphanage was extremely critical: there was no money to pay the bills nor to buy food. The orphanage didn't have a kitchen, dining room, laundry room, bathroom, etc. and there were about 30 children to take care of.

Not knowing about tomorrow, they trusted in the Lord and slowly the needs were answered. South Coast Community Church started visiting the orphanage in 1984 but it was not until 1985 when they started to get more involved with the welfare of the children. The annual Christmas shoe drive was initiated by a small group of individuals that made the commitment to support this needy orphanage with supplies, improvement of living conditions, financial help to the workers, medical emergencies, as well as schooling needs. Thus, Friends of the Orphanages was founded. 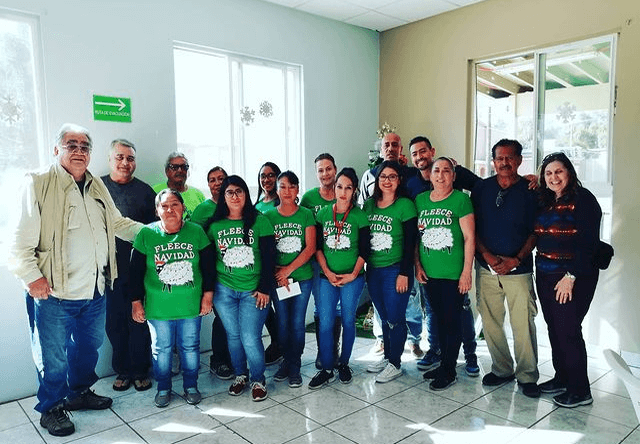 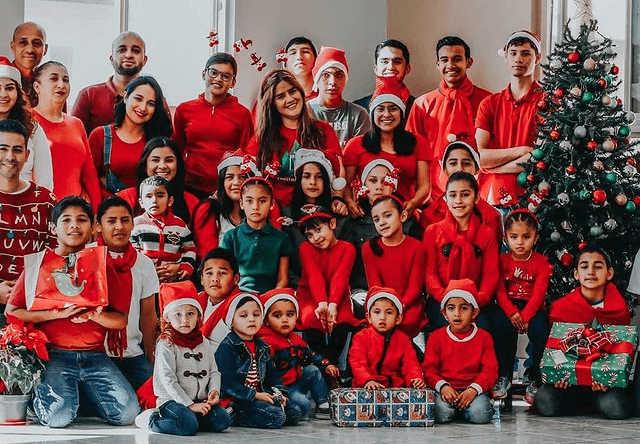 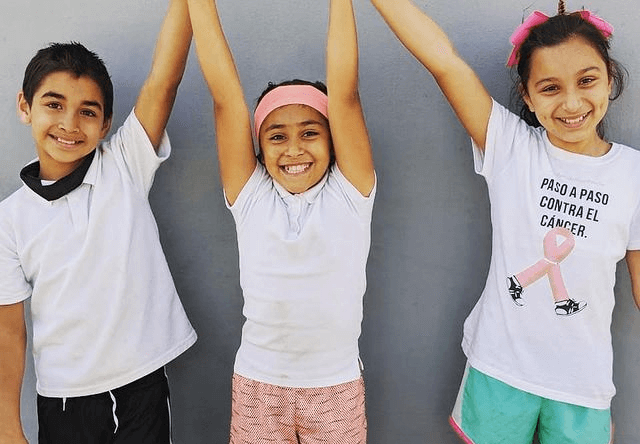 Funding orphanages that provide life-changing services and a nurturing environment for abused or abandoned children. Funding projects that increase the quality of life for the children. Funding education and providing opportunities for a life of purpose and possibilities.

This program’s focus is on sustaining life. We provide regular monthly funding to the orphanage to cover workers’ aid, food, shelter, utilities, water, septic maintenance and garbage removal. Funds are transferred monthly through a bank to bank transfer. This system ensures accountability and helps us to quickly respond to specific needs.

We partner with individual groups, clubs, churches and other organizations to provide project based funding to improve the children’s quality of life. Projects include new constructions, facilities remodeling and maintenance, as well as support to improve the overall well being of the children such as medical, dental, psychological and other physical needs.

Your gift directly impacts lives and changes futures. Your help makes it possible for orphaned children to receive the support they need to heal, learn, and grow.

A place I can now call
my second home.

Their smiles are forever
ingrained in my memory

With big brown eyes and open hearts, accepting you as a friend from the very start.

Doesn't matter who you are or from where you came, these kids will love you just the same.

Hurt and abandoned much in the past, they have finally found a family that will last.

Glowing smiles testify to the love they've found, their singing and laughter make such a sweet sound.

Trusting for God's provision day to day. Little examples of Christ's love in every way.

If only everyone had the privilege to see, what a different world this might be.

How selfishness and worldliness quickly fade, when you can see the simplicity in what God's made.

Being stripped of comfort is never more fulfilling, than when it brings a desperate heart that is willing.

To sacrifice more than money and wealth, and give someone else a piece of yourself.

That is when you become rich without measure, for you have found the heart's true treasure.

It's a feeling you will never understand, until one of these children grabs your hand.

As she asks you to come and play along, Christ's love will never feel so strong.

When it's time to leave, in your mind you know, the grasp is one you'll never let go. 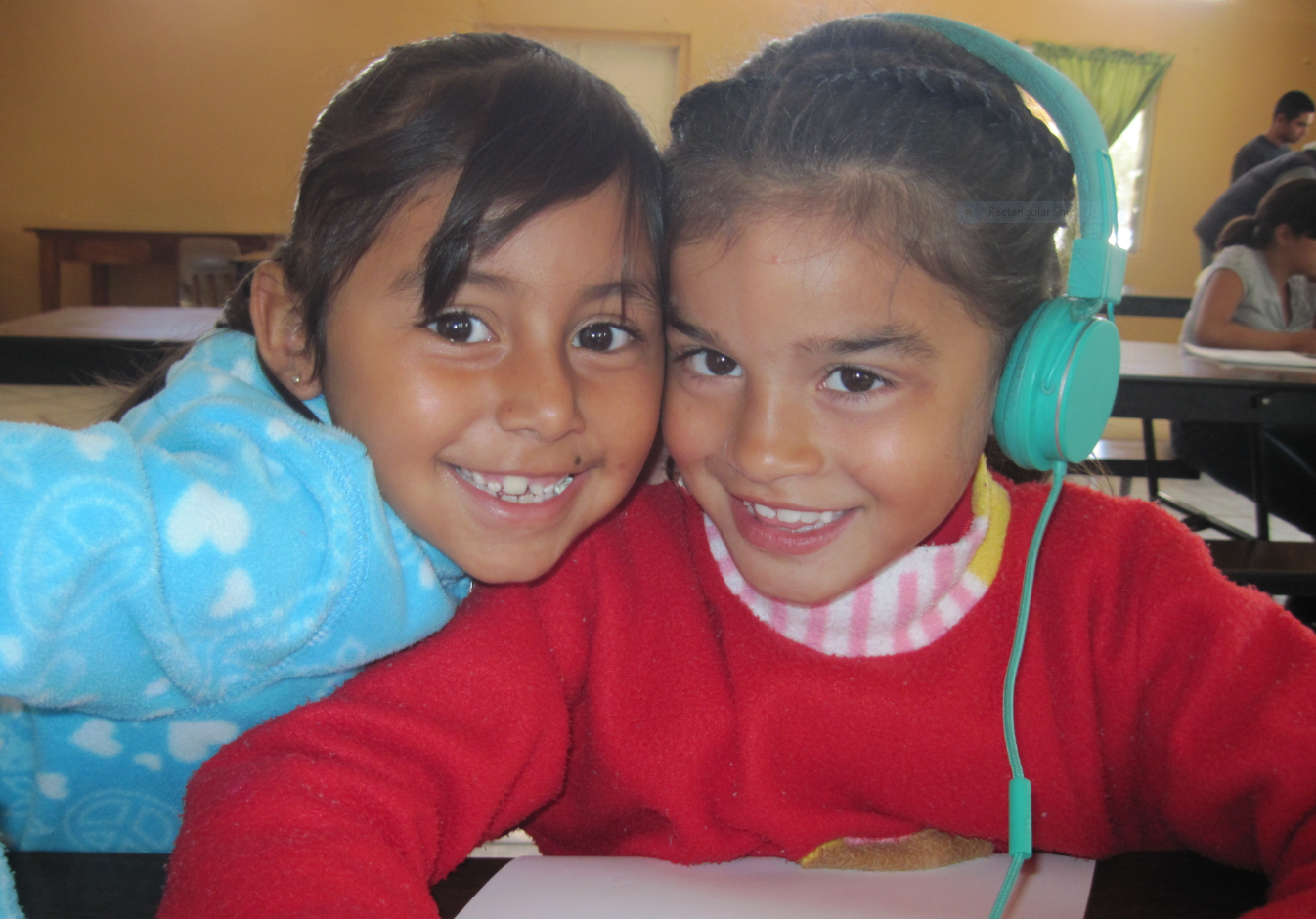 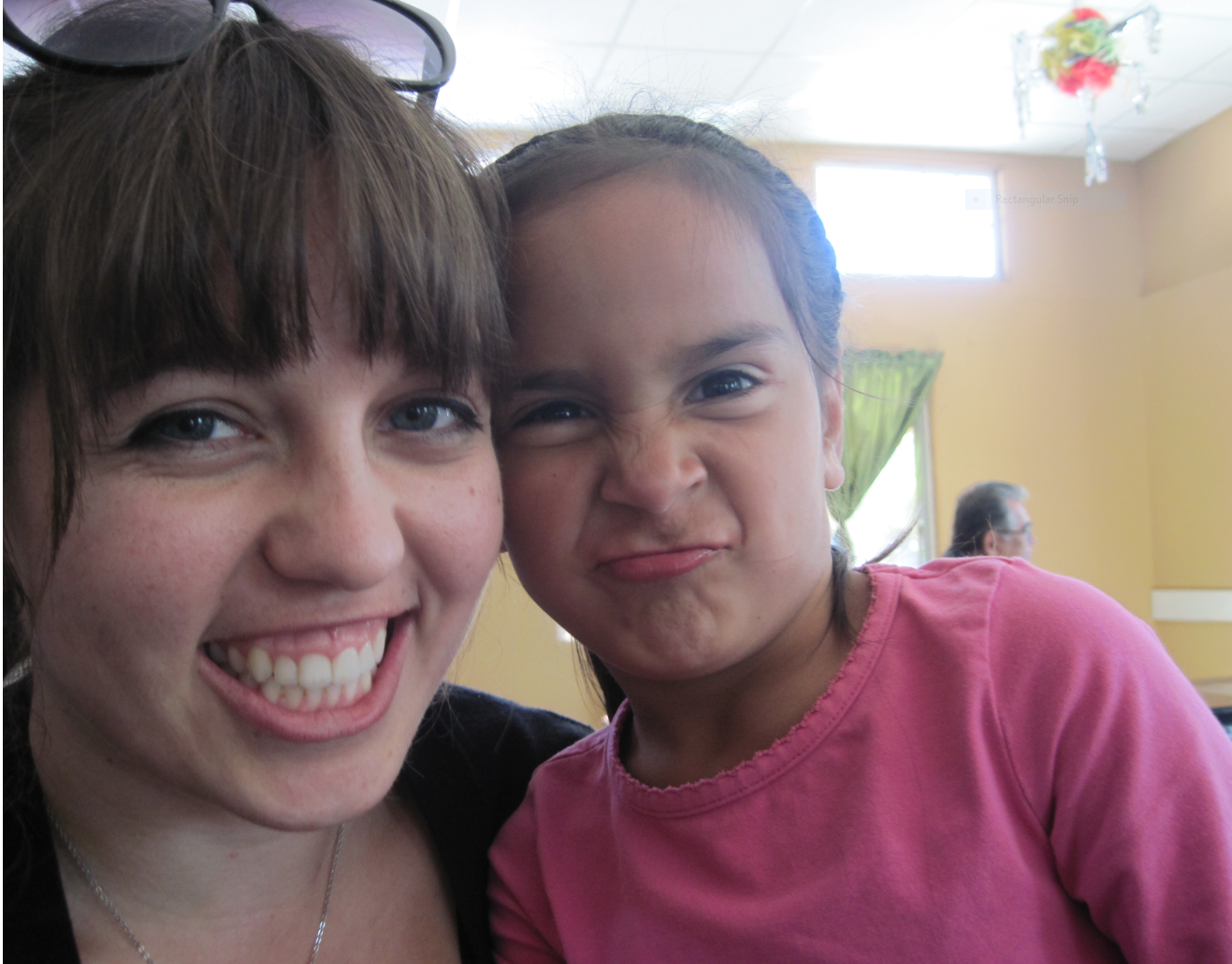 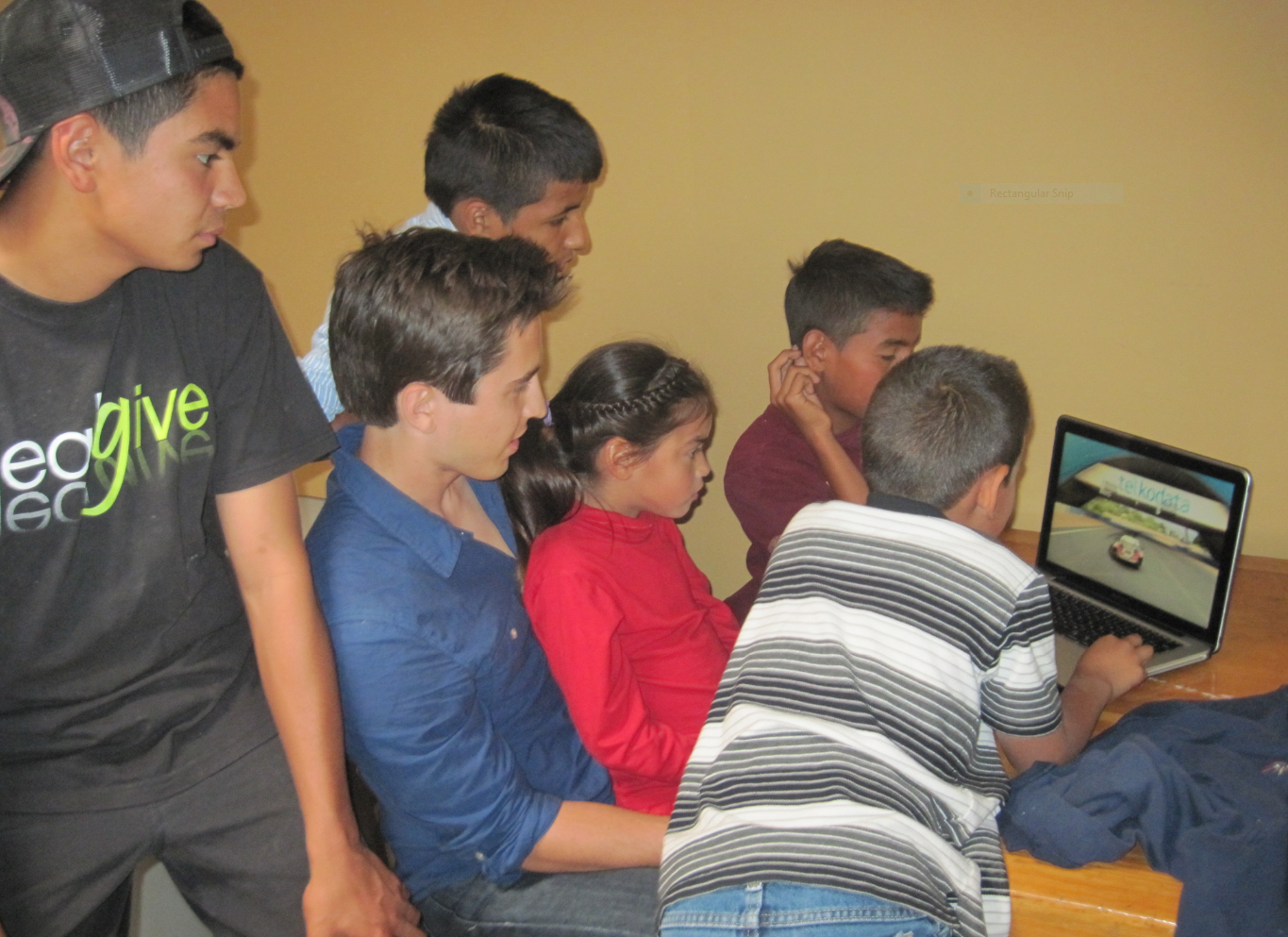 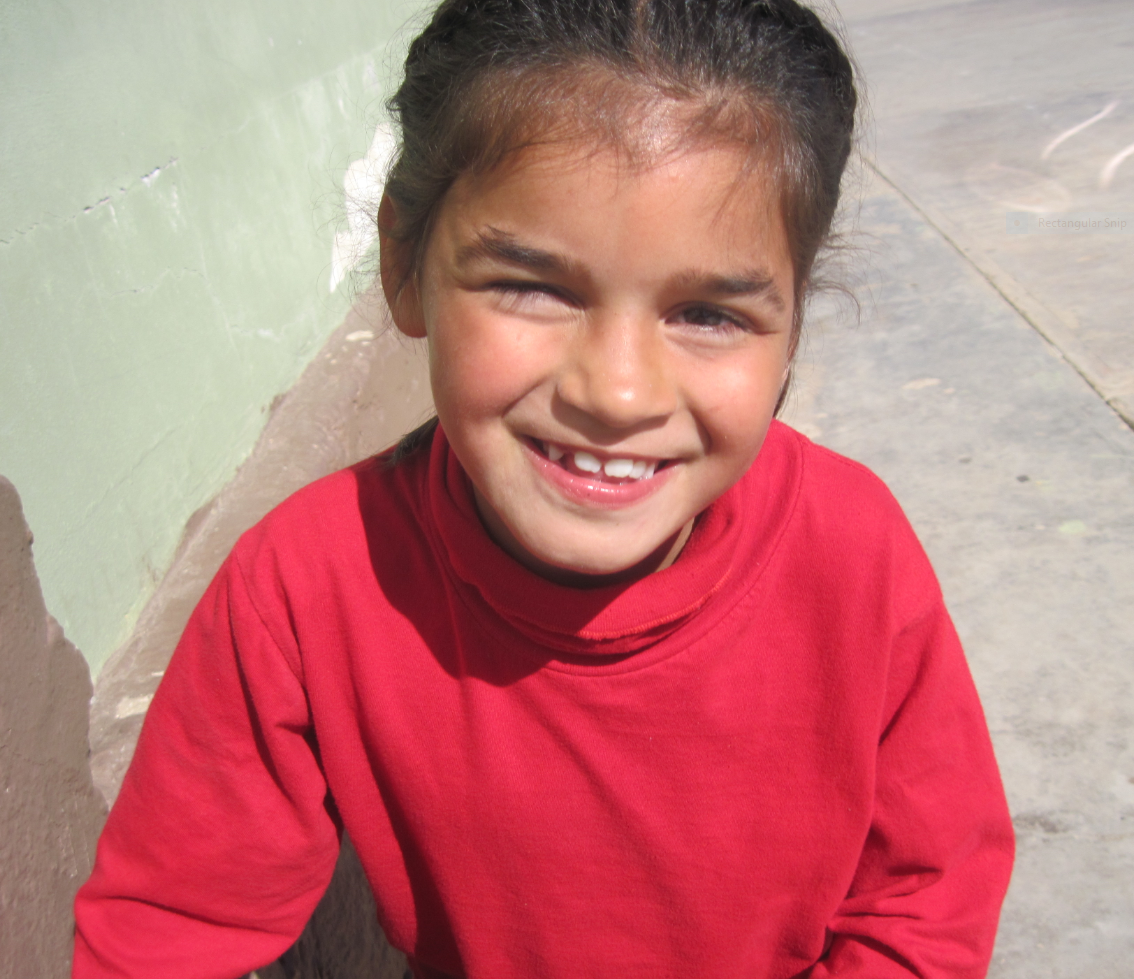 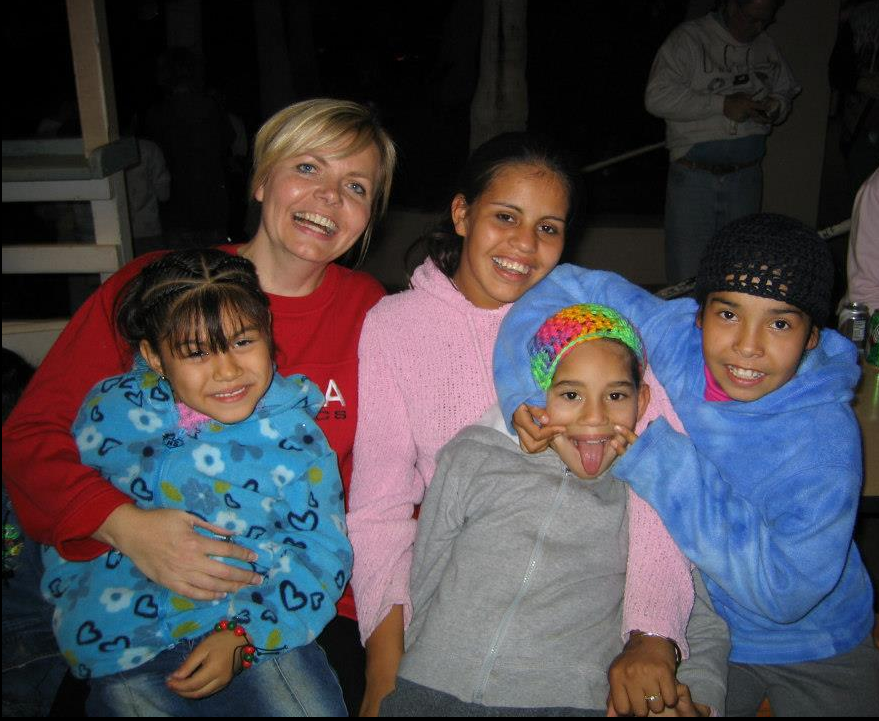 Friends of the orphanages

Here's how to donate to Friends Of The Orphanages

Write a check out to:
Friends Of The Orphanages